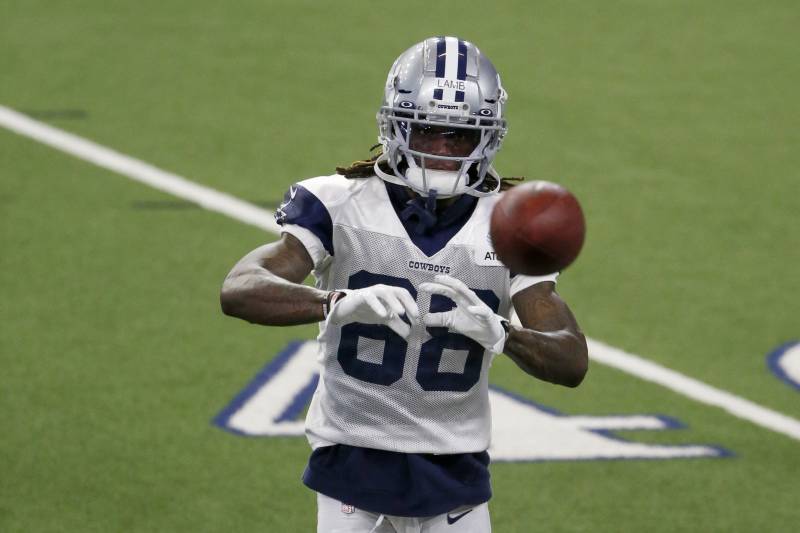 Few teams in the NFL can match the offensive weapons the Dallas Cowboys will bring to the table in 2020 with Ezekiel Elliott, Amari Cooper, Dak Prescott, Michael Gallup and CeeDee Lamb.

One of those weapons might be more versatile than some may have expected.

“We’re so fortunate that he ended up being there for us,” Cowboys COO Stephen Jones said about Lamb during an appearance on 105.3 The Fan. ” I think he’s going to make a big big difference in our offensive football team, and for that matter even special teams. It’s not going to surprise me to see him back there potentially helping in the return game as well.”

Returning punts is not something that Lamb is unfamiliar with.

He returned 54 punts during his collegiate career at Oklahoma, averaging 8.8 yards per attempt. However, he did not score a touchdown or return a single kickoff.

Ultimately, Lamb will likely be the most valuable as a receiver.

Dallas’ pass-catchers already have a built-in advantage because opposing defenses so often stack the box to deal with Elliott, and Lamb will surely see plenty of single coverage with Cooper and Gallup also drawing attention.

The rookie who posted 1,327 receiving yards and 14 touchdown catches for the Sooners last year is someone who can take advantage of that situation.

The best Halloween hat-tricks | This day in hockey history

Christopher Romanowski - August 13, 2020 0
The following is an excerpt from The Organ Thieves: The Shocking Story of the First Heart Transplant in the Segregated South by Chip Jones. In May 1968, Bruce Tucker, a Black factory worker, suffered a skull fracture and was rushed to the Medical College of Virginia (MCV). In less than 24 hours, MCV surgeons Dr.…

Pulcini to construct F3 return at Barcelona with Carlin

These Voters Got COVID-19 and Switched Their Candidates